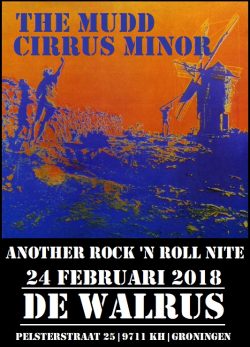 – The Mudd
The Mudd is a band from Groningen that picks best of both worlds: catchy riffs and melancholic songwriting, combined with a sharp underground edge. The four have been figuring out their sound over the past two years, resulting in numerous live shows, including playing as support act for Cloud Nothings in Vera and playing festivals such as WinterWelVaart, Zwemfest and Art Carnivale.
Known for their energetic sound and performances, they are ready to capture you with their blend of alternative rock and noise pop resulting in a fresh, 21st century college rock sound.